How it All Began

Back in November 2016 I came across an article in Computer Shopper Magazine on how to build your own robot. That sounded like a fun project for me, and also a way to engage with my children on electronics, computers and coding. I had already introduced the kids to coding through the excellent code.org website and their 'Hour of Code' tutorials, and this looked like a great project to tackle with them next. So that was how I was introduced to the Raspberry Pi.

The article was based around the CamJam Edukit #3: Robotics. The parts cost in the article was around £70 (UK Pounds Sterling), but when I looked at what was needed I discovered you could get a Raspberry Pi Zero for just £4 rather than buying the Pi model 3 for around £30. This had the advantage that the robot would not draw as much power from the battery, but meant that some soldering would be required (the CamJam kit used with any of the full size Raspberry Pi models does not require any soldering to build). Doing a bit of soldering was not a problem for me, as I already build electronics as a hobby. So I managed to put together everything I needed for around £56. I already had AA batteries, a soldering iron and tools, and HDMI cable and micro USB lead and charger from various phone and tablet devices.

Here is the robot after my first session assembling it with the kids: 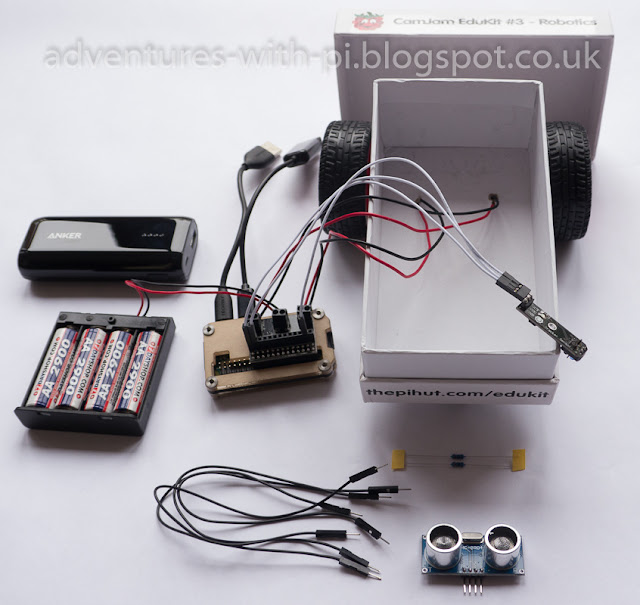